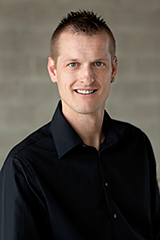 Klaus Hellmick (born 1975) holds a degree in mechanical engineering with focus on energy and environmental technology.

In 2007, he co-founded the process engineering company with Dirk Pfeiffer and worked on several power generation projects.

Prior to this he worked as test engineer in the R&D department of power saw manufacturer Stihl. In this position, he significantly contributed to various product developments in international project teams.